Clara’s father was jealously protective of her money making potential and he did everything in his power to keep her from seeing Robert Schumann. But Clara and Robert had other plans.

Explorations is a co-production between KALW and San Francisco Performances. Go to thier "Saturday Morning series" and experience how Explorations comes to life! 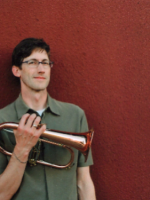 Eric Wayne
Eric Wayne has been in the broadcast world for over 26 years. He is an award-winning producer in both short news features and long form radio documentaries. He was the Technical Producer of New America Now and was involved in the launch of the KALW news department. Currently he is the Producer of Explorations in Music and Inflection Point with Lauren Schiller.
See stories by Eric Wayne
KALW is supported by
Sponsorship for Local Businesses
Special rates and packages
Learn More
Submit Your PSA
To support the inspiring work of non-profits and community organizations in the Bay Area, KALW broadcasts Public Service Announcements (PSAs). PSAs are…
Learn More