The 40th Anniversary Of The PATCO Strike: The Strike That Changed American Labor

On this edition of Your Call, we rebroadcast our conversation about the legacy of the Reagan administration’s anti-union tactics. Forty years ago, 13,000 air traffic controllers who were members of the Professional Air Traffic Controllers Organization (PATCO), went on strike.

They were demanding an annual wage increase, upgrades to outdated equipment, and a reduced workweek. Two days later, former President Ronald Reagan fired 11,345 of them. What has the lasting effect of strikebreaking been on workers?

Joseph McCartin, Professor of History at Georgetown University, where he is founding Executive Director of the Kalmanovitz Initiative for Labor and the Working Poor. His books include Labor’s Great War: The Struggle for Industrial Democracy and the Origins of Modern American Labor Relations, and Collision Course: Ronald Reagan, the Air Traffic Controllers, and the Strike that Changed America

The American Prospect, Joseph A. McCartin: Reaching the End of the PATCO Era?

Jacobin, Glenn Houlihan: The Legacy of the Crushed 1981 PATCO Strike

In These Times, Joe Burns: The PATCO Strike, Reagan and the Roots of Labor’s Decline 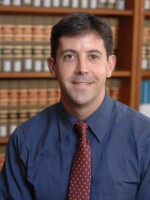 Ethan Elkind
A Bay Area native, Ethan is Director of the Climate Program at the UC Berkeley School of Law, with a joint appointment at the UCLA School of Law, where he researches and writes on policies to combat climate change. His book "Railtown" on the history of the modern Los Angeles Metro Rail system was published by University of California Press in January 2014. Ethan received his B.A. with honors from Brown University and graduated Order of the Coif from the UCLA School of Law. You can read his blog on ethanelkind.com.
See stories by Ethan Elkind
Lea Ceasrine
Lea is a producer for Your Call on KALW Local Public Radio. She graduated from the Craig Newmark Graduate School of Journalism at CUNY in 2018.
See stories by Lea Ceasrine
KALW is supported by