What Works: Grassroots Solutions Around The Bay

In this episode of What Works, we look at how Fairfield residents and the city have worked to inform the public and put a spotlight on community groups that stepped up during the pandemic.

We'll talk to K. Patrice Williams who hosts a talk show out of her house called "Turning Point with Patrice," where she interviews Solano County locals making a difference.

We'll also meet Doriss Panduro, the first Latina to ever be elected to Fairfield's City Council after winning 73% of the vote in her district.

It’s hard to even keep track of how many boards and commissions Council Member Panduro serves on, the list is so long. Just to name a few, she’s on the Solano Commission for Women and Girls. She’s a board member and past president of the Solano Hispanic Chamber. And, she's a member of the Fairfield-Suison Rotary Club and Voces Unidas de Solano.

Since elected, Panduro wasted no time introducing resolutions, learning the ropes, and listening to public comment. Over a year earlier, as the pandemic was starting, a big part of her job involved listening to the community while working for a local state representative.

“So, they would call us, and we would answer, and they were just ecstatic to talk to a person. They were hard stories to hear,” says Panduro. “A lot of families, you know, telling you a story of 'I have $5 in my bank account,' and 'Wait, how am I supposed to feed my children, my wife lost her job, I lost my job' … You're trying the best that you can to give them some hope that it's coming — help is coming, just hang in there.”

What drives Panduro to do the work she does? It's hearing directly from the community. She takes great pride in listening to the people in her district.

“They're like, 'You're actually out here talking to us?' Absolutely. This is how I meet you. I want to know who I'm representing. I want them to know me,” Panduro says with enthusiasm.

Fairfield is diverse, with a growing Latino community, which makes up more than a quarter of the population.

“I think as we are growing, we are wanting to have more access, a bigger voice,” says Panduro.

As a leader, she wants to lift up voices that aren’t heard as often. “Whether that's a young person, a person of color, a community that's underrepresented, our immigrant population ... We have a great diverse community, and I felt our city council was not fully representative of our community here in Fairfield.”

During her campaign, stories she heard from the people of Fairfield really moved her. Especially from this one family:

“The mom started telling me her story of how she and her husband came from Mexico to California — that story of the sacrifices that they made to bring their family over. I remember being in tears, because now, here are their children graduating high school with scholarships, traveling abroad, getting into college,” Panduro recounts. “The resilience of that family, their perseverance, their sacrifice ... those stories are the ones that just remind me why I do what I do day in and day out.”

Panduro herself is a daughter of immigrants from Mexico. Her mom settled in Suisun Valley at the age of three and her dad immigrated there as a teenager. Both of them worked hard — her dad as a stonemason and her mom in the fields with her family through high school. Her mom got her associate’s degree from Solano Community College and eventually became the school’s main accountant.

“And because of their sacrifices, I'm able to have the opportunity to sit at these tables, where people like me, that look like me, that come from similar backgrounds might not ever get to, or they struggle to get to, but my path has led me here,” explains Panduro.

The day after getting elected, she drove through Suisun Valley for breakfast with her sister.

“I could not help but get emotional to think that I was driving through land that my family once labored in and now I was standing on it as an official city leader,” Panduro remembers.

As if the pandemic did not hit the community hard enough, last August, Fairfield evacuated several neighborhoods during the LNU Lightning Complex Fire. The wildfires were especially dangerous for Spanish-speaking farmworkers in the area.

Panduro worked closely with the local organization Voces Unidas de Solano to reach the immigrant population and address challenges they faced during the pandemic and fires.

“A lot of them also were living in multi-family households, which, again, if one person gets COVID, there was nowhere for them to self-isolate because they're already living in tight quarters. So all these issues started coming up and the fire only added to that,” Panduro explains.

Panduro is also working with Voces Unidas to address many more issues that often go unheard. “People are coming to them to help outreach to the Latino population ... suicides are up higher and it is so prevalent in Latino communities,” Panduro explains. “So, there's suicide prevention events and programs that are going on. Domestic violence has increased overall, but it's been a very high rate within the Latino community.”

On top of all this, the community faced another challenge, getting an accurate census count. Since more participation would mean greater funding for Fairfield, Panduro teamed up with the Hispanic Chamber of Commerce, the local chapter of the NAACP, and other community members to increase Census involvement. They helped build trust in the process, while also offering resources for the community.

“Providing census information, answering questions, and we had free food boxes, and masks and hand sanitizer that we were giving out to families or individuals that were coming up to the table. So we actually ended up doing very, very well with regards to our numbers of individuals who turned in the census, but it was definitely a community effort,” says Panduro.

Last year, Fairfield divided the city into districts and moved away from citywide elections. With this shift, Panduro was elected by and now represents District 5, a majority Latino area. And while the council still represents the entire Fairfield community, each member has a direct tie to their district.

“I have a more ear to the ground with regards to the issue specifically to this district, which I think is helpful, and it's a positive thing. And that is one [way] how it has changed the politics here,” she explains.

Panduro has big dreams and hopes for the future, including revitalizing Downtown, improving Allenwood Park, and helping the city devise a new blueprint to take Fairfield into the next 30 years. As we see the light at the end of the pandemic tunnel, Panduro is hopeful her community can begin to connect again.

“The parades, I love my hometown parades. We have a great Fourth of July parade. Oh my gosh. I've been a judge. I was ecstatic. I was like the biggest nerd. I was so excited to be a judge.” Panduro explains happily. “Those are the things that I miss, I miss the events where the community comes together and celebrates, whether it's a holiday or one of our festivals.”

With excitement in her voice, I can tell events like these are when her town comes alive. Thinking back to the census, Panduro describes perfectly what Fairfield is all about.

“And it was just amazing...when you ask for help here, for the community, everyone just steps up,” recounts Panduro. “And it's such a beautiful thing, and I love it. I love going to events like that, and just seeing how everyone just pulls it in, and we make it happen for our community when it's in need.”

Tags
What Works: Grassroots Solutions Around The Bay Crosscurrents 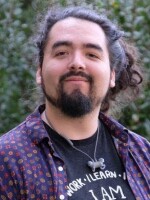 Sonia Narang
Sonia Narang is the editor and project manager for KALW's Health & Equity series. Before that, she managed elections coverage for the station. Over the past decade, Sonia reported social justice stories from her home state of California and around the globe for PRI's The World radio program, NPR News, The Washington Post's The Lily, and more.
See stories by Sonia Narang
KALW is supported by