Nine doctors gathered at the Santa Clara County offices on Tuesday to protest against a new pay program that provides bonuses based on the number of patients a doctor sees per hour. With them, they brought 10 boxes of more than 300 thousand signed petitions from doctors and supporters who oppose the plan.

The new compensation plan is the county’s response to physicians' demands for higher pay to help recruit and retain doctors. If the plan is approved, patients in the county health system – many of whom are low-income, people of color or those without insurance – will have less time with their doctors and are likely to see a decline in care.

About 80 percent of physicians in Silicon Valley earn more than those hired at county hospitals, according to a doctors’ union analysis. That means retention issues, longer workdays, and heavy workloads for county doctors.

Hospitals and health care systems across the country are seeing a growing worker shortage. In Silicon Valley, health care workers, who are not county-employed, have also complained of chronic staff shortages.

Physicians at Valley Medical Center said that unsafe working conditions and staff shortages have caused an average wait time in the ER of eight to 14 hours. 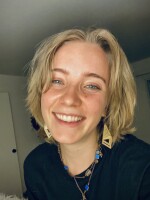