Catching The Duhks on a Good Day

Ever bought tickets to a ball game way in advance, and then on the day of the game the weather is perfect and everybody hits home runs? Maybe I'm stretching it a bit, but we did catch The Duhks on a good day. They had taken three weeks off, and this was their first time seeing each other since then, let alone playing together. You'll be able to hear how "on" they were, and singer and banjo player Leonard Podolak confirmed it to me later: "You caught us at a good time. We were refreshed, and I was quickly reminded how much we enjoy being a band."

Everybody else in the WKSU building quickly made that discovery too. When new singer Sarah Dugas launched in to "Death Came a Knockin'," you could hear her down every hallway. I mean, the doors of the recording studio were closed and you could still hear her 100 feet in every direction. I was running down the halls apologizing, until I remembered something: Music is our business. The Duhks also refreshed our memories as to why we enjoy what we do.

Here's the bigger question: Is Sarah Dugas still a temporary replacement for the departed Jessee Havey? That question is answered during our conversation, and you'll also find out why The Duhks can play so many different styles so well (Irish, French Canadian, Old Timey, even roots-rock). Throw target marketing out the window with this group, but leave that window open so you dont miss a note.

More About The Duhks

The most vital acoustic music being made today acknowledges its predecessors and lives in the here and now. For four years, The Duhks, a band of five skilled, high-energy, tattooed twentysomethings from Winnipeg, Manitoba, has been riveting audiences and winning staunch fans around the world with just that kind of music.

Since the release of its self-titled album in 2005, the consequent re-release of its Canadian debut (Your Daughters and Your Sons) and their most recent release (Migrations), the band has won admirers as diverse as David Crosby, Dolly Parton and Doc Watson. This isn't surprising, given its blend of soul, gospel, North American folk, Brazilian samba, old-time country string-band music, zydeco and Irish dance music, and the attack it brings to these interwoven acoustic styles. The Duhks' unique sound has also earned the band a Grammy nomination, one Juno Award, two additional Juno nominations, two Folk Alliance awards and an Americana Music Association nomination for Best Emerging Artists. 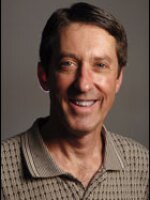