Another affordable housing development is in the works for San Francisco – this one on Treasure Island.

Mayor London Breed joined affordable housing representatives and local leaders Wednesday to celebrate the groundbreaking of what will be the second new residential development on the island. The Star View Court- as it’s called - will feature 138 new homes. The new units will be used for unhoused residents living in supportive housing, low-income families and people who have been living on the island already but are being displaced. The plans include a courtyard, community room, and on-site property management.

It’s part of the larger Treasure Island Redevelopment plan that aims to build up more hotel rooms and shops and 290 acres of public open space. It also will add about 8,000 new homes, more than a quarter of which will be affordable.

Mayor Breed says she sees the project as an opportunity to create a new neighborhood on Treasure Island. 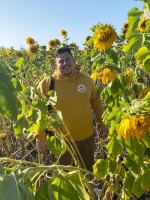