Today, lawyers working with Disability Rights Legal Center filed a lawsuit in Superior Court on behalf of six patients and doctors. They say the California constitution, which prohibits aid for the dying, is outdated: that the legislature created a statute back in 1874, and there is no way it could have predicted the way modern medicine has lengthened lives.

"It used to be that dying could be a relatively short process," said Kathryn Tucker, co-counsel for the plaintiffs. "But no longer. And so this lawsuit is about making available the choice for a dying patient who finds themselves trapped in an unbearable dying process to be able to choose a peaceful death."

Last week in New York a similar lawsuit was introduced. There are five states that currently allow physicians to prescribe medication to mentally competent, terminally ill patients. Brittany Maynard made headlines, recently, when she moved from her California home to Oregon to utilize that state's aid in dying law.

Cancer patient and plaintiff Christie White referenced Maynard when she said, "I don't want to have to leave my home, my husband, my family, and my friends and move to Oregon where at least patients have dignity and a good measure of control over their lives. And their dying. When and if that time comes, I want to be able to gather my friends, loved ones and meet my death with dignity here in California, knowing I will not have to suffer needlessly."

But some, like the coalition Californians Against Assisted Suicide, claim that if physicians are legally able to assist terminally ill patients with ending their lives, there will actually be more suffering. They say that elder abuse is rampant and family members who stand to gain financially from dying relatives may coerce the patient into ending their life prematurely.

Lawyers and plaintiffs will eventually argue their case before the CA Supreme Court. Getting there will take years. 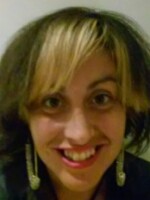 Alexis Luna-Torres
Alexis Luna-Torres was born and raised in the city of Richmond. She double majored in Journalism and Cultural Communications at New York University. She has worked for social and economic justice with a focus on labor issues. With KALW, Luna-Torres hopes to tell well-researched, artistic stories about the working class and Latino and Chicano culture.
See stories by Alexis Luna-Torres
KALW is supported by