Serving time on the fire line

It’s summer in California, which means fire season is in full force – and it could be the worst one in years. The California Department of Forestry and Fire Protection, better known as CAL FIRE, responds to more than 5,000 wildfires each year. They protect more than 31 million acres of California’s privately-owned wildlands and provide emergency services for most of the state’s counties.

In high season, over 20 percent of that firefighting force is made up of state prison inmates. They live and train at special facilities called conservation camps – California Department of Corrections and Rehabilitation, or CDCR, runs 37 of these camps across state, which house around 4,000 mostly male inmates.

Inmates have been integral to CAL FIRE for more than 60 years. They gain skills and have a chance at rehabilitation, while saving California $80 million a year.

But the state’s new policy of realignment, which shifts responsibility of low-level offenders convicted after October 1, 2011 from state prison to county jails, means the future of these camps are at risk. By next year, CDCR estimates the camps will lose half their population.

On a Tuesday morning at the Ben Lomond conservation camp in Santa Cruz County, nearly 100 state prison inmates, wearing bright orange jumpsuits and clutching lunch pails, are lining-up for roll call. Once everyone’s accounted for, they’ll board a bus and head out for park cleanup or fire training.

“Basically, we’re giving custody to CAL FIRE,” a CDCR correctional officer says, “So we’re giving them 13, to let them know that’s what they’ve got on the crew today.”

This transfer of custody between CDCR and CAL FIRE happens twice a day, Monday through Friday: once in the morning, then again in the afternoon, when they go back to the camp for dinner and sleep.

Conservation camps are not a typical custody experience. For one thing, there’s a lot less security.

“Lots of things to get used to in a conservation camp program,” says Lieutenant Laurence Rodriquez. He’s been camp commander at Ben Lomond for a year and a half.

“Where the inmates have more time to themselves, they have more access to tools, things like that,” Rodriquez says.

Rodriquez has been with CDCR for 25 years, with a large portion of his time spent on San Quentin’s death row. He says the conservation camps are a different kind of experience – and that the inmates know it.

“Even though we don’t have razor wire or towers in the camp, we have our camp limits and the inmates abide by the limits, our policies, and our rules over here,” Rodriquez says, “They’d rather be at camp then inside the institution.”

In addition to training inmates to fight fires, conservation camps offer GED classes, religious counseling, substance abuse programs, and a chance to learn vocational skills. Inmates also earn a little money while at camp: they’re paid one dollar an hour while out on the fire line. Some end their time at camp with one or two thousand dollars in their pockets.

“I came here as a cook, went into mechanic shop 16 months ago and I’ve learned more in those 16 months than I have in 20 years of prison,” says inmate Kenneth Moore. He arrived at Ben Lomond 17 months ago. By the time he got to camp, he’d already served over 20 years behind bars, for drug sales. He has just eight months left, which he’ll spend here.

“You’re gonna be given opportunities here to do what you want to do in life if you take advantage of it,” he says. “You can come in here and play the old prison game, or you can come here and learn something that’s going to serve you when you go out on the streets.”

According to CDCR’s data, inmates at camp have just over a 50 percent recidivism rate -- compared to 65 percent of inmates behind prison walls.

To be transferred into a conservation camp, an inmate needs to be serving time for a low-level, non-violent offense, screened, and medically cleared by CDCR staff. With those requirements met, he moves on to firefighting training at one of two facilities – California Correctional Center in Susanville or Sierra Conservation Center in Jamestown. There, he must pass a weeklong physical training test and an eight-day fire training course run by CAL FIRE.

That’s when he learns about wildfires and how to safely use equipment, as well as do things like hike with large packs and build fire breaks. Once he passes all the courses, he’s placed into a conservation camp, where he’ll work on community projects, and during the high season, fight fires.

“I mean, this is probably the only rehabilitation they have is camps,” says Jose Ruiz, “and they’re talking about closing some. I say that’d be the worst thing that could happen to these guys.”

Captain Ruiz has been with CAL FIRE for 29 years and at Ben Lomond for 14. As prison budgets have declined over the years, he says he’s seen vocation and education programs, like those the camps offer, hit hardest. And the state’s new policy of realignment means fewer inmates will even end up at the camps. Ruiz says that’s a loss.

“If you’re going to do time in the Department of Corrections and Rehabilitation,” he says, “this is the next opportunity to give back to the community, that’s for sure.”

Jacob Rife is 26 years old and has been at Ben Lomond for two months. He started at the California Correctional Center in Susanville, where he served most of a four and half year sentence for three different residential burglaries. These days, he does work helping homeowners.

“Just the other day,” Rife says, “we were working right down the street, clearing a fuel break for these homes that are right here on Empire Grade, and they come by and they honk and they say, ‘thank you very much for doing this for us, it’s been a 100 years since anything’s been down around here,’ So you know, that’s a real rewarding feeling.”

About 80 percent of inmates’ time is spent doing conservation and repair work like this, but Rife says it’s the fire experiences that stay with him.

He says, “I remember one instance on the side of a hill on the Modoc National Forest. We pulled up into the black, and we all got off the bus. There’s 40-foot trees on fire, so you get out there, you get geared up, you drop your shroud, and your goggles, you’re going right into it.”

“And black smoke on your face,” he goes to say, “you can hardly breathe. Adrenaline's pumping and you’re basically going. And that’s when the crew really comes together at that point.”

Rife says when he gets out he still wants to fight fires.

The Ben Lomond conservation camp has given Rife and many other inmates a second chance. And it continues to save the state millions of dollars while providing crucial emergency services. In an average year, nearly 4,000 inmates work a total of three million firefighting hours, and seven million community service hours. It ends up saving Californians more than $80 million annually.

But with camps projected to lose half their population next year, inmates may have to come from county jails. CDCR has proposed a rate that would be significantly cheaper than what it costs counties to house inmates now. But no one’s signed anything yet. 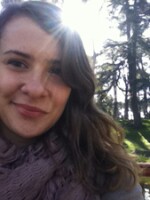