State support to help millions of Californians avoid eviction during the pandemic is due to end next month. But San Francisco Assemblymember David Chiu is working to extend it.Federal aid for California’s COVID-affected tenants looks unlikely to happen before President-elect Biden takes office next month.

And the clock is ticking on the state’s so-called eviction moratorium.

In August, Governor Gavin Newsom signed Assembly Bill 3088 into law. Currently, it protects tenants — who pay a minimum 25 percent of their rent — from being evicted. But that protection will expire February 1 of next year.

Assemblymember David Chiu introduced a bill on Monday to extend the current protections until December 31, 2021.

“We are at the beginning of what is likely the deadliest wave of the pandemic," he told KALW. "And the idea that somehow we’re going to end the eviction moratorium and allow tens of thousands of folks to be forced from their home — that would not just result in skyrocketing homelessness, but it would make it much more likely that COVID-19 would spread and have devastating health consequences.”

The California Apartment Association, which represents rental property owners and developers, is lobbying for a shorter extension of the moratorium.

Chiu also introduced a second bill to provide federal rent relief for tenants and owners, to "get dollars into the pockets of struggling mom and pop landlords."

And he'll be working with stakeholders over the holidays to hammer out details of the bills.

“If we fail at this," he said, "we would likely see an eviction tsunami. It would be catastrophic, it would be life threatening and not something any of us should tolerate.” 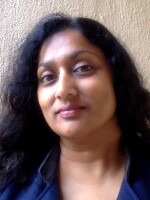