Berkeley Measure JJ would do many things, but the main one is this: it would give Berkeley’s mayor and city councilmembers a big raise. The mayor would get over $107,000 per year and councilmembers would get $67,000. That’s 75% more than they make now.

The idea is to tie the mayor’s pay to the average income of a three person household in Alameda County. Councilmembers would get two thirds of that. And it’ll all be adjusted annually from here.

Supporters of Berkeley’s Measure JJ include the Berkeley NAACP and SEIU Local 121. They say the current salary is too low, and people overseeing a nearly half billion dollar budget shouldn’t need a side hustle. They also believe that better pay will encourage more diversity in city leadership.

But a former chair of the city’s Housing Advisory Commission is against Measure JJ. He and other opponents ask: When was the last time your pay increased by 75% without a change in the job description? And, they say, a pandemic-driven economic downturn is definitely not the time.

Now, before you decide, let’s look at how much the mayors of other cities are paid. Fairfield has a similar population to Berkeley but a much smaller budget. Its mayor gets paid less than one-fifth of what Berkeley mayor Jesse Arreguín earns. Across the Bay in San Francisco, however, London Breed is the highest paid mayor in the country. So whether or not Measure JJ passes, Berkeley will be somewhere in between.

So here’s the bottom line, Berkeley. If you think your mayor and city councilmembers should get paid more, vote yes on Measure JJ. If you think their salaries should stay the same, vote no. 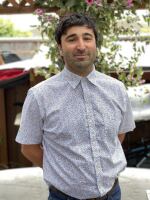 Azul Dahlstrom-Eckman
I’ve worked as an arborist, bicycle mechanic, carpenter, zero waste educator, whitewater raft guide, and a freelance reporter for the Potrero View newspaper. My passions include everything outdoors, showing off my favorite spots in San Francisco, and most recently, swimming in the Bay.
See stories by Azul Dahlstrom-Eckman 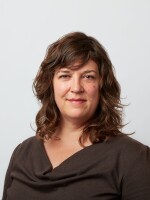