The company – Green Sage – grows and processes cannabis. It operates out of a live-work space called The Cannery. The historically and artistically significant space has housed local artists for decades. These days, however, only eight of its 20 lofts are occupied.

They say they’ve left in part because of the pollution from the cannabis company. For the past two years, Green Sage has used diesel generators 24 hours-a-day, seven days-a-week.

Diesel exhaust emits fine particulate matter, or PM2.5 - which is associated with respiratory and cardiovascular illnesses in humans.

The residents of The Cannery have expressed concerns about the pollution from these generators. Last month, they joined local environmental groups in a lawsuit against the cannabis company.

On July 13th, the Bay Area Air Quality Management District issued Green Sage an abatement order to shut down all nine of their diesel generators. However, as of this morning, an assigned inspector saw that six of the nine generators were still running.

KALW reached out to Green Sage for comment but didn’t hear back before our deadline. 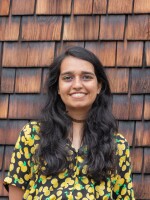