Tickets are now on sale for the next broadcast of Kamau Right Now! featuring actor, director and activist Danny Glover, comedian Irene Tu, and Anita Sarkeesian, founder of Feminist Frequency.  It will be live from Laney College's Odell Johnson Theatre on Thursday, August 17th.  Plus, music from Antique Naked Soul.  Tickets are available here.

W. Kamau Bell and KALW have teamed up to create KAMAU RIGHT NOW! a live radio and social media event that transforms the political and cultural conversation of the moment into what Kamau calls “a three-ring circus of relevance.”

"W. Kamau Bell not only fosters difficult conversation and constructive debate, but he miraculously achieves this while keeping a live audience in high spirits and uproars of laughter."<br>-East Bay Express

The New York Times calls W. Kamau Bell “the most promising new talent in political comedy in many years.”  He’s the host of the CNN show The United Shades of America and co-hosts the Politically Reactive podcast with Hari Kondabolu. 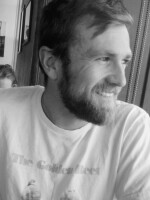 Max Jacobs
Max Jacobs hosts and produces Liner Notes, the weekly music and interview program that explores and celebrates the inspirations behind some of today's most dynamic musicians.
See stories by Max Jacobs
Sponsorship for Local Businesses
Special rates and packages
Learn More
Submit Your PSA
To support the inspiring work of non-profits and community organizations in the Bay Area, KALW broadcasts Public Service Announcements (PSAs). PSAs are…
Learn More