San Francisco Unemployment Rate Improves, Still Not Back To Normal

Despite recent improvement, the city’s current unemployment rate still hasn’t come close to pre-pandemic normalcy. In fact, it is still four times higher than it was in February 2020, when the economy was considered healthy. 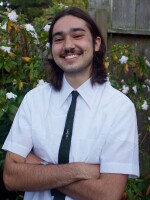 Lorenzo Alexander
See stories by Lorenzo Alexander
Latest from NPR
Voices from behind prison walls.
A show made by people behind bars in California prisons.
Listen now
This Season on TSE: Becoming Muslim
Check out the latest season about Muslim converts and past seasons of stories of struggle and never giving up hope.
Listen Now