The governors of California, Oregon, and Washington announced that they’ll work together to re-open their economies while continuing to control the spread of COVID-19.

“There's a an old African proverb that says if you want to go fast, go alone. But if you want to go far go together,” said Governor Gavin Newsom, introducing the pact at his daily news conference on Monday. “We just sent out a joint statement of a shared vision for a process and protocol, a framework. We refer to it for reopening, not just within our states, but more broadly, as a region.”

The governors say that each state's public health leaders will focus on four goals:
1. Protecting vulnerable populations — such as those in nursing homes — who are at risk if infected
2. Ensuring adequate hospital capacity and personal protective equipment in order to care for those who may get sick
3. Mitigating the non-direct COVID-19 health impacts, particularly on disadvantaged communities
4. Protecting the general public “by ensuring any successful lifting of interventions includes the development of a system for testing, tracking and isolating”

Newsom said that he will announce, tomorrow, how the state plans to relax restrictions and begin to return to normalcy.

California's insurance commissioner, today, ordered some companies to refund premiums for March and April because of the coronavirus. The broad directive includes payments made for workers compensation, medical malpractice and private and commercial auto policies.

The order is based on a voter-approved law from 1988 that gives the insurance commissioner authority to approve rates before they go into effect. The law also says no rate will “remain in effect" that is excessive or unfairly discriminatory.

Insurance companies set rates based on the how much risk is involved, using historical data to make those calculations. But since mid-March, most of California's business sector has come to a halt because of the spread of the coronavirus. Since then, traffic in San Francisco and Los Angeles has virtually disappeared, elective surgeries have been canceled, and more than 2 million Californians have filed for unemployment benefits.

David Sampson, president and CEO of the American Property Casualty Insurance Association, criticized the order and said California should let the private market resolve the situation. He noted insurers have already announced billions of dollars in premium relief in recent weeks.

Insurance companies have 120 days to comply, and the order gives them several options. They can refund premiums, reduce them or give customers a credit. The order could be extended if closures continue.

People are relying more on food delivery apps such as GrubHub or DoorDash these days. But a new rule may cost you more to have your meal delivered at your doorstep in San Francisco.

Grubhub is railing against the plan. They sent an email to their customers saying that this will increase their fees by $5–10 per order and immediately cripple their delivery service. The company asked their customers to contact the Mayor’s office to oppose the order. City officials say the cap will last through the remainder of the emergency or until businesses are allowed to reopen for dine-in service — whichever comes first.

Public gatherings have been banned for weeks now. But some people have found a way to keep the party going. San Francisco police recently shut down an illegal underground nightclub.

The SFPD staked out a warehouse in San Francisco’s Bayview District for several days before raiding it on Saturday. According to the San Francisco Chronicle, investigators noticed as many as 30 cars parked nearby, and surveillance footage shows more than 100 people entering the building. According to the city attorney, social distancing was definitely not being followed. The nightclub was mostly operating between 2 am and 6 am.

During the raid, police seized cash and other items — including gambling machines, fog machines, and DJ equipment. And police noted other safety violations in the venue such as no fire alarms or sprinklers.

This action comes as law enforcement has begun cracking down more forcefully on those breaking shelter-in-place rules. 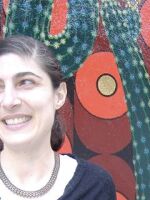 Sona Avakian
Sona Avakian is a writer and editor living in San Francisco. Issues she is in interested in convering include housing in the BayArea, how to survive as an artist in the Bay Area, immigration, and local politics.
See stories by Sona Avakian

Christopher Egusa
Christopher was a fellow in the KALW’s Audio Academy class of 2020. He previously interned at NPR. Among other topics, he is interested in reporting on issues of chronic illness, disability, and mental health. Christopher’s background is in film production and social impact strategy. He’s worked with major nonprofits and corporations on developing campaigns that advance social issues.
See stories by Christopher Egusa
High School Podcasting Institute
Applications for the summer program now open
LEARN MORE