In September 2015, San Francisco lost one of its iconic symbols—its sports cathedral, Candlestick Park, where the 49ers of the 80’s dominated football, winning 5 super bowls in 14 seasons under Joe Montana and Steve Young.

And, although the Giants never won a world series there, they played 40 seasons at the Stick, until they moved to AT&T Park in 2000.

The stadium is completely gone now, but parts of it still remain, all over the Bay Area, and even the country—in people’s homes. KALW’s Shereen Adel goes on a hunt for some of the lost artifacts of Candlestick Park: the stadium’s seats. 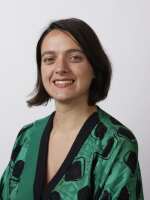 Shereen Adel
Shereen works with the KALW news department to set objectives and workflows that contribute to a supportive work environment. She facilitates communication across all departments and provide editors, trainees, contributors, and audiences the resources and support they need to use KALW news products successfully.
See stories by Shereen Adel
KALW is supported by
Sponsorship for Local Businesses
Special rates and packages
Learn More
Submit Your PSA
To support the inspiring work of non-profits and community organizations in the Bay Area, KALW broadcasts Public Service Announcements (PSAs). PSAs are…
Learn More