An Hour with Barrington Pheloung

Barrington Pheloung is the composer of the original theme for the "Inspector Morse" television series, and he scored all 33 episodes. Today he is doing the same for the "Inspector Lewis" and "Endeavour" series. I visited him in his studio in England in 1997 for this program, where we see him at work on a "Morse" episode, and hear some of his other music. First broadcast in 1997. Thursday 1 PM. 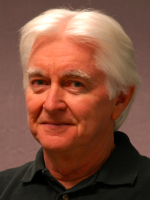 Alan Farley
In Memoriam (1936-2012): KALW lost an important voice for the arts in the Bay Area, our senior announcer, Alan Farley, in October of 2012. Alan’s diagnosis and subsequent passing of pancreatic and liver cancer was sudden, and a shock to all of us here at KALW.
See stories by Alan Farley
Sponsorship for Local Businesses
Special rates and packages
Learn More
Submit Your PSA
To support the inspiring work of non-profits and community organizations in the Bay Area, KALW broadcasts Public Service Announcements (PSAs). PSAs are…
LEARN MORE