The Source: The Story Of Marin County's Namesake Takes Flight

General Mariano Vallejo, the 19th century founder of Sonoma, had a lot of influence in the North Bay. He’s got a town named after him, of course, and he also had something to do with naming the neighboring county of Marin. We find out all about it in this episode of “The Source.”

Click the player above to listen to the complete interview.

This story originally aired in October of 2012. 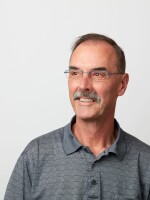 Steven Short
Steven has been with KALW News since it’s beginnings in 2004. His history, art and public interest stories have won awards for Breaking News, Feature Writing and Explanatory Journalism. Some of his reports have aired nationally on NPR.
KALW is supported by
Sponsorship for Local Businesses
Special rates and packages
Learn More
Submit Your PSA
To support the inspiring work of non-profits and community organizations in the Bay Area, KALW broadcasts Public Service Announcements (PSAs). PSAs are…
Learn More