Here’s what’s happening in the Bay Area, as curated by KALW News:

After all the talk, El Niño storms have finally lined up over the Pacific and started soaking drought-parched California with rain expected to last for most of the next two weeks, forecasters said Monday.

As much as 15 inches of rain could fall in the next 16 days in Northern California, with about 2 feet of snow expected in the highest points of the Sierra Nevada, said Johnny Powell, a forecaster with the National Weather Service.

In the Bay Area, where demands for affordable housing and solutions to homelessness have reached fever pitch, some low-income and homeless residents are taking things into their own hands – by trying to build housing themselves.

POOR Magazine/Prensa Pobre, a Bay Area-based nonprofit arts and education organization founded in 1996 and led by people struggling with poverty and homelessness, wants to build four eco-friendly townhouses in a multi-use lot at 80th and MacArthur for low-income and homeless families.

Flax, the family-owned art supply story that is being forced off Market Street to make way for condominiums, is shifting its main operation to Oakland.

The Bay Area’s employment outlook is bright, but even better is the news that California overall created jobs in 2015, according to labor analysts.

More than five months after having his jaw broken at the Santa Clara County Main Jail -- and after hearing the cries of a fellow inmate who later died from a beating -- a former inmate filed a lawsuit Monday against the county and two correctional officers.

The complaint, filed in U.S. District Court in San Jose, seeks a jury trial to determine an unspecified amount of compensation for physical injuries, mental distress and medical expenses from the incident alleged to have occurred the night of July 24. It also seeks punitive penalties against the guards, saying their conduct was "malicious, wanton and oppressive," and alleges civil rights violations by the guards and the county.

Nestle was sued in October by environmental and public interest groups who allege the Swiss-based company is operating its Strawberry Canyon facility on a permit that expired in 1988. The groups led by the Center for Biological Diversity said the prolonged drought in California combined with the water bottling operation is affecting wildlife. 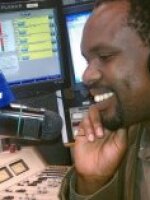 Edwin Okong’o
Edwin Okong’o is an African-born award-winning writer, journalist, humorist and satirist. He has worked as an associate editor and communications director at New America Media, and a reporter for PBS’s Frontline/World. “Kenya: Sweet Home, Obama,” a documentary he made about Kenyans and the 2008 U.S. presidential elections for the PBS program, was voted the People’s Voice at the 2009 Webby Awards. He teaches at the University of California, Berkeley, where he graduated from in 2007 with a Master's degree in journalism.
See stories by Edwin Okong’o
Latest from NPR
This Season on TSE: Becoming Muslim
Check out the latest season about Muslim converts and past seasons of stories of struggle and never giving up hope.
Listen Now
Voices from behind prison walls.
A show made by people behind bars in California prisons.
Listen now

We Need Your Help