And for those of us, and those of you, who are just waking up to this story, this is how it began. The midnight premiere of the latest Batman movie, "The Dark Knight Rises," had barely begun in a theater in Aurora, Colorado, when the scene erupted in chaos. It wasn't on the screen - the violence was happening in the theater.

Ben Markus, a reporter at Colorado Public Radio, has been following this story for hours. He's been at the shopping mall where the theater is located. He's spoken with victims and now, the focus returns to the suspect.

So you know, we've just heard some of - about the suspect, but tell us where you are, and what you're seeing there.

BEN MARKUS, BYLINE: Hey, Renee. I'm at his apartment - I'm about a block away. I can see it from where I'm at right now. And the place is totally crawling with cops, firefighters. There is a ladder coming off of one of the fire trucks; going straight up to the third floor, where his apartment is. They're very carefully trying to get into the apartment so that they can disarm the bomb and completely make the area safe. So there are just guys everywhere. And I talked to a gentlemen here, Michael Gartesman, who's been up all night watching this.

MICHAEL GARTESMAN: You know, bomb squads, cops, everyone showed up in droves and just started pulling everybody out of the building and just evac-ed people. I think they evac-ed them to the medical campus.

MONTAGNE: Now, that would be there at the location of the apartment of the suspect. You were at the hospital before this. What were hospital officials telling you?

MARKUS: What's amazing is the - I can see the hospital right now, from where I'm standing. It's literally three or four blocks away from this guy's apartment. Twenty people came into the trauma center there. They saw patients ranging from 3 months old all the way up to 45 years old, come in for gunshot wounds. They did not release any figures as to who may have died at the hospital last night there. They did say one person's still in surgery. It's just an incredible scene. I mean, you have the apartment of the suspect literally within walking distance of the hospital, where most of his victims have been taken.

MONTAGNE: And I know you were also where a lot of the families had gathered, who were - or those who had come out of the theater. And of course, there were a lot of young people at this premiere of this Batman movie. What - have the families been reunited, finally, with maybe those that they had lost, thinking - you know, not knowing where they were?

MARKUS: Yes, that was actually a pretty heartwarming scene, to see parents coming into the parking lot, maybe not knowing exactly what was going on with their kids; and to embrace each other, and know that that family member was safe there. It was really a touching moment. Many of those - lots of tears in the parking lot this morning as - you know, a lot of these people who were going to see this movie are younger age and, you know, parents obviously very worried about them.

MONTAGNE: Well, Ben, thank you. And we'll be talking to you later in the program. That's Ben Markus of Colorado Public Radio. Transcript provided by NPR, Copyright NPR. 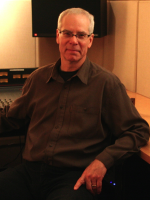 Ben Manila
Ben Manilla is an audio producer, consultant and educator. His numerous accolades include the Edward R. Murrow Award, the Edwin H. Armstrong Award, NFCB Golden Reel Award and the Grand Award from the International Radio Festival (three times). Ben’s production company, BMP Audio, has been at the forefront of creative broadcasting since 1991. BMP’s regularly scheduled radio programs include The House of Blues Radio Hour with Dan Aykroyd and Philosophy Talk from Stanford University. Ben’s multi-platform production company, Media Mechanics, has developed entertainment properties of all types from internet audio stations and satellite radio channels to websites and widgets. Ben teaches Radio Journalism at the University of California at Berkeley Graduate School of Journalism. For KALW, Ben produces Philosophy Talk and contributes to Fog City Blues.
See stories by Ben Manila
Renee Montange
Ben Markus
Support the next 80...
DONATE NOW!
Welcome (Back) to Mannys
Tune in for a Three-Part Series about the Future of San Francisco. Thursdays in May at 6pm.
LISTEN
Introducing STATE OF THE BAY!
New name. Same local and live conversations.
Every Monday at 6pm.