In the 1920s Stanley and Elsa Kerr cared for thousand of children in Beirut, Lebanon, who’d lost or become separated from their parents in the Armenian Genocide.

Their grandson is Steve Kerr.

And Armenians have been in love with the Kerr family ever since.

Last year in the main hall of the KZV school Steve Kerr was the keynote speaker at an event honoring his grandparents.

Growing up in Los Angeles, Steve heard lots of stories about Stanley and Elsa.

“It seemed like we had just a ton of Armenian friends,” he said. “And so they would frequently end up at our house or vice versa. And we would barbecue and I would hear stories about my grandparents.”

One person who also heard stories about Stanley and Elsa Kerr was Anahid Katchian. Her father, Azad Katchian, was one of the orphans who lived with Stanley and Elsa in Beirut. And because Azad spoke English, at a young age, he became a translator for the Kerrs when they had official business to attend to.

The first time Anahid met the Kerrs, she was about five or six years old.

“And I remembered Mrs. Kerr, how tall she was and she loved math,” he said. “She had been a math teacher. And I loved math. I loved math.”

The second time Anahid met Stanley and Elsa Kerr, she was an adult and had a stronger understanding of how much they helped her father and impacted her own life.

Last year Anahid and her husband drove from their home in Colorado in San Francisco to attend the banquet at the KZV School. Steve Kerr’s speech was filled with admiration for his grandparents.

“It’s funny because I’m a basketball coach,” he said, “so to receive this kind of respect obviously comes directly from my grandparents, and my family. So I’m just incredibly proud of everything they did and I’m proud of my family’s history.”

The whole night was emotional for everyone there, but especially for Anahid.

“I was weeping,” she said, “because here was my family’s thank you. And I’m in tears, and I want to smile, and I have tears, but there is no question of how profoundly I was affected. And Steve put his ... just kind of grabbed me and helped me to just stabilize a little bit. He’s a good guy. He’s a good guy.”

So it’s no surprise that Stanley and Elsa Kerr’s values — being there for others — were passed on down to Steve Kerr through his father.

The day after George Floyd died, Steve Kerr tweeted, “This is murder. Disgusting. Seriously, what the hell is wrong with US?”

And in June, when Black Lives Matter marches were in full swing around the world, Steve Kerr went back to Oakland, the former home of the Warriors.

“We’ve had this opportunity and to chase our dreams and to live this amazing life and feel this freedom,” he said, “and part of the phrase ‘white privilege’ is just being oblivious to the fact that American dream is not available to everybody.”

That’s not a surprising thing for the grandson of Stanley and Elsa Kerr to say. 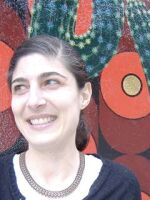