If you take BART often, your ride has probably been interrupted by folks playing instruments, rapping, dancing — or all of the above. This month, BART’s Board of Directors will be considering a ban on aggressive panhandling, which might effectively put an end to busking on board.

It’s a busy morning on BART. It’s not that packed, but everyone is in their own little world. People are reading books, listening to music with earbuds, or on their phones. A few minutes after leaving the station, someone from the middle of the car makes an announcement.

The greeting gets people’s attention, and for a few minutes some of them take their eyes off their phone and take their ear buds out. The guy has a mic on hand with a small speaker beside him.

“I want to perform a song for you beautiful, beautiful people. I want you guys to feel good. Like real, real good,” continues YHB.

If you’ve been on BART you’ve probably seen a performer on board. They rap, they dance, and they’re part of what makes Bay Area culture.

“I want to receive love, so imma give love. And I appreciate each and every one of you guys”

Drew Money A.K.A. the Young Humble Billionaire plays a beat from his phone and starts rapping. He seems to be enjoying himself and people cheer. After he’s done, he thanks the crowd and walks up and down the aisle with a small, blue container collecting money. If one BART director has her way, this will be banned.

“Our riders are not voluntarily watching them. They are forced to. They’re on their ride from one place to another and they are forced to watch whatever goes on in the train,” says Debora Allen.

At a BART directors meeting on August 22, Debora Allen - who represents District 1 in COntra Costa County - proposed a ban on all forms of solicitation for money, including performers. I’m curious what BART riders think about these on-the-go shows. A rider says, “Some of it can be annoying. But if I see people playing music or something I feel like Ok, that’s okay.” One doesn’t see it so bad, “If they perform I mean I don’t think of it as bad because they’re not forcing you to pay them.” Another doesn’t enjoy it, “I don’t like it all. I just want them to go away.”

Currently, BART has a zero tolerance policy for aggressive panhandling, which is defined as “the solicitation of donations in an unreasonably insistent, threatening, intimidating, or intrusive manner.” But there is nothing in place for non-aggressive panhandling and performing for donations. Allen wants to change that.

But her proposal has caught the attention of the ACLU of Northern California. They believe it’s a violation of free speech protected under the First Amendment. The civil rights organization cites a preliminary injunction they won against the city of Sacramento. However, Allen responds by saying that that ordinance applied only to public transit areas. Her proposal is designed for the areas in-between the gates and trains where you have to pay to get in.To get an idea of how big the issue is, in 2017, BART received about 1500 complaints when it came to panhandling. In 2018, the number rose to 2000. The Young Humble Billionaire has been busking on BART since November 2018.

“I started performing on BART when I needed to pay rent and what I was going for work wasn’t busy. I already had a speaker because I always dreamt of going out and performing in public. I was like I’m just going to go out and perform and I used to live right next to a BART station,” says the YHB.

It depends on his schedule when he performs on BART, but on a normal day he’s at it all day from 10 to 10 and he’s proud of what he does.

“It feels good to spread positive energy and people are receptive to it. People tell me all the time that they appreciate me and to keep going. To keep on writing positive music. You can’t get on BART and ride through Embarcadero to West Oakland tunnel and not want to see a dancer. It’s powerful what they do because they’re spreading positive energy as well. I definitely think it’s part of Bay Area culture,” explains the YHB.

The Young Humble Billionaire doesn’t think BART is trying to go after buskers.

“I think they’re more likely trying to ban panhandling and the buskers kinda got looped into it as well. I just like a lot of people grapple homelessness in this area,” the YHB insists.

If the ban were to pass he doesn’t seem to worry about it.

“I don’t think it’ll affect me too much at all. I think I will still go out and do my thing,” concludes the YHB.

The riders on this day are split on the ban. One rider says “I wouldn’t support the ban because these people aren’t doing anything bad.” Someone supports the idea, “Yeah, I guess I would because you’re just trying to get to your destination.” Another says “I don’t think a ban will be effective. People are still going to do it. So, no. I don’t think I would actually support it.”

The BART board of directors will be discussing the details of the proposed ban at a meeting in October. The public will have a chance to weigh in then.

This story was produced with help from Julia Llinas Goodman. 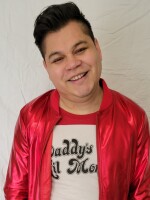