In part one of a two-part investigation into how the country’s jails have become our default mental health treatment centers, we go to Santa Rita jail in Alameda County, one of the largest — and deadliest — jails in California.

Listen to part two of this series here.

"Who do you call when someone's having a nervous breakdown? … There's nobody. And just by calling 9-1-1 there's going to be officers with guns, with handcuffs that only makes things worse."

At least a quarter, and possibly as many as half, of the people killed by law enforcement had an acute mental illness. And those that survive the encounter often end up arrested and locked up. This decades long trend means that the three largest mental health treatment centers in the entire United States are now all inside jails.

This story was co-reported by Sarah Shourd. It was edited by Lisa Morehouse and mixed by Gabe Grabin. The series was supported by the National Geographic Society’s Emergency Fund for Journalists and the Pulitzer Center. 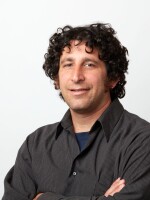 Andrew Stelzer
Latest from NPR
Voices from behind prison walls.
A show made by people behind bars in California prisons.
Listen now
This Season on TSE: Becoming Muslim
Check out the latest season about Muslim converts and past seasons of stories of struggle and never giving up hope.
Listen Now