KALW Presents a documentary from With Good Reason Radio, part of the Virginia Humanities Project.

Voices of Vietnam - A Lost Homeland

Leaving Vietnam
The end of the war and American withdrawal also marked the final days of a homeland for more than a million South Vietnamese people. We tell the story of the chaotic withdrawal of U.S. troops from Vietnam as seen from both sides of the war.

Little Saigon
Some of the Vietnam War’s most enduring legacies are the Vietnamese communities of America, who arrived en masse after the Fall of Saigon. In our final episode, we explore the stories of these neighborhoods and hear the accounts of South Vietnamese who watched their homeland disappear from abroad. 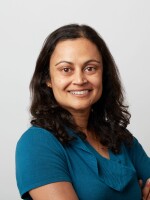 Shipra Shukla
Shipra has worked in broadcasting for many years, getting her start working as a production assistant at ABC-7 News in San Franciso and working as a segment producer for Current TV. She started working at KALW in 2015. Shipra was born in San Jose, is a graduate of UC Berkeley, and has lived in San Francisco for many years. In her free time she teaches classical Indian dance to kids.
See stories by Shipra Shukla
Community Resources
Updated Daily
Connect
Sponsorship for Local Businesses
Special rates and packages
Learn More
Submit Your PSA
Please review KALW's PSA Guidelines, then use the form below to submit your request. KALW holds final editorial approval for all PSAs. If your…
View Form
Latest from NPR