Last month, San Francisco announced it would move hundreds of homeless people out of city-funded hotel rooms before Christmas. Now, those plans are changing.

The city currently houses 2,600 people in hotels for up to $18 million a month. That’s supposed to be covered by a mixture of federal, state, and local money, according to the San Francisco Chronicle. Because that money might not be sustainable, the Department of Homelessness and Supportive Housing said it was phasing out the program.

But now, the city is changing course, a bit.

Hillary Ronen criticized the Department of Homelessness for having no alternative plan to house people, especially as COVID-19 cases surge. She said:

It is outrageous, it's irresponsible, and it basically tells people experiencing homelessness: "You're not a priority for the city."

The proposal to continue the hotel program needs to be considered by the full board. For now, the city's budget for the next fiscal year does not include any funding for the program. 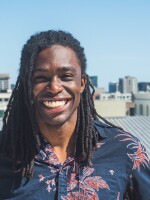 David Exumé
David Exumé (he/him/his) is a 2020-2021 Audio Academy Fellow. His reporting interests include music history, immigration, community organizing, and urban planning. He's previously worked at KCRW in Santa Monica and WPRB in Princeton.
See stories by David Exumé
Support the next 80...
DONATE NOW!
Donate Now!
Contribute by May 7 and you're automatically entered to win a $150 gift card to Trader Joe's
LEARN MORE
Welcome (Back) to Mannys
Tune in for a Four-Part Series about the Future of San Francisco. Thursdays at 6pm. Beginning on May 6.
LEARN MORE