‘Do Something:’ Harris’ Rapid Rise Driven By Call To Action

Hours before Kamala Harris took the stage for the first time as Joe Biden’s vice presidential pick, she received a text message from a childhood classmate with photos from their school days.

A pensive Harris sits on the floor, dutifully looking ahead, a child in the center of an experiment in racial integration. She was among students who took the bus from their neighborhoods to school in the more affluent hillsides of Berkeley, California.

“That’s how it started. There’s no question!” Harris, 55, texted back to Aaron Peskin, the former classmate and now a San Francisco supervisor.

Harris’s path toward the second-highest office in the United States has tracked the nation’s ongoing struggle for racial equality. The start-and-stop progress and sometimes messy debate has shaped her life: an upbringing by immigrant parents, a childhood among civil rights activists, a career at the helm of a flawed criminal justice system and her rapid ascent in Democratic politics.

Those experiences forged a politician who is unafraid to buck the political powers that be, but also charts a cautious course through policy debates. She’s emerged as a leader who knows the power of tough questioning and a viral moment, and also the weight of her role as a voice for women of color. 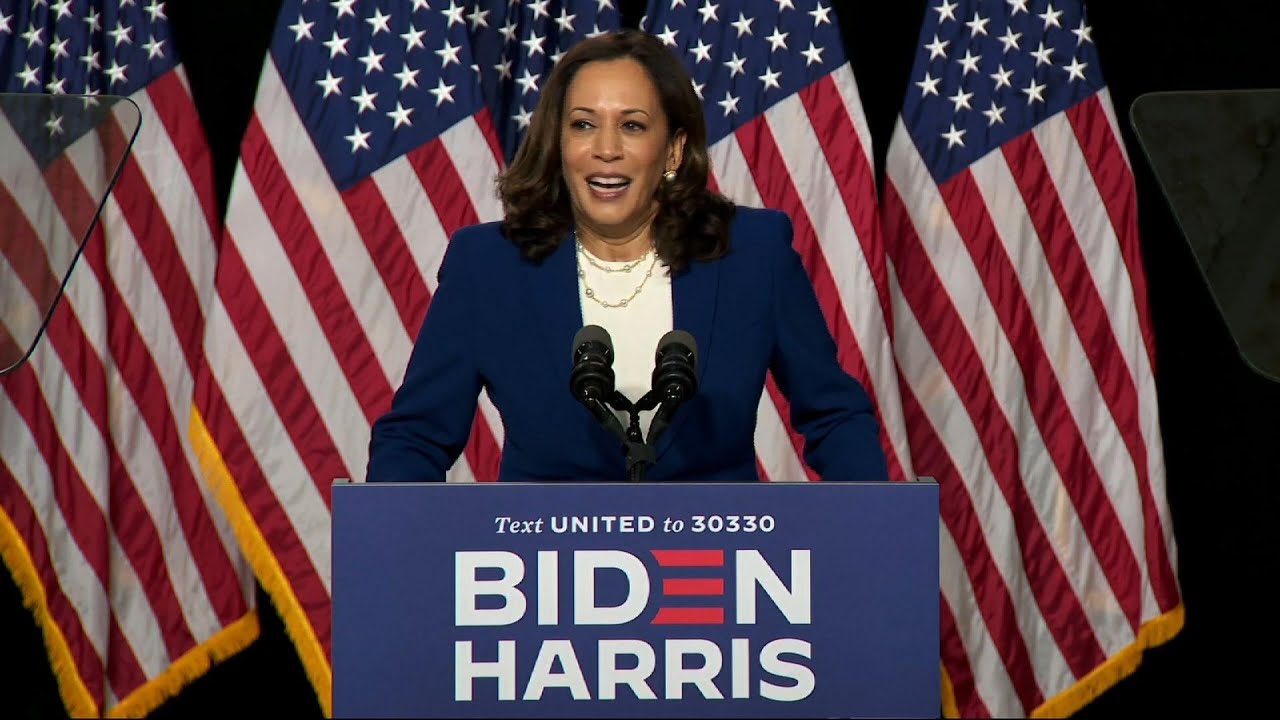 “My mother Shyamala raised my sister Maya and me to believe that it was up to us and every generation of Americans to keep on marching,” Harris said Wednesday. “She’d tell us: Don’t sit around and complain about things. Do something.”

Her fast rise hasn’t been without criticism, including on her shifting policy positions. She endured questions familiar to women in politics, particularly women of color, about her ambition. Trump labeled her “nasty” for her piercing interrogation of his nominees. Some progressive Democrats, meanwhile, view her work as a prosecutor skeptically.

Her own presidential bid, announced before 20,000 people in her hometown of Oakland, ended before voting began as she struggled to raise money or find a clear message.

She was a Howard University graduate with no high-powered ties when she returned to her native Bay Area for law school and took a job at the Alameda County District Attorney’s office in 1990.

In 2003, she decided to run for San Francisco district attorney, challenging her former boss, Terence Hallinan. He was progressive, and Harris tacked right on the issues to run against him, pledging to be tough on crime and repair relationships with police. She also took on the cause of Black mothers who lost their children to homicide and felt Hallinan was neglecting the cases.

Harris, then 39, handily won the race.

Just months into her tenure, Harris decided not to seek the death penalty against a man charged with killing a police officer. The move angered law enforcement officers and drew rebuke from U.S. Sen. Dianne Feinstein, the city’s former mayor and a force in California politics.

But years later, when she ran for attorney general and needed statewide support, Harris tempered her stance on capital punishment, pledging to uphold it if elected and staying silent on ballot measures to repeal it. She appealed a 2014 decision by a federal judge calling it cruel and unusual punishment and won, keeping capital punishment on the books. Today, she wants a federal moratorium.

Observers and critics point to these episodes as evidence of Harris’s penchant for staking out cautious positions that uphold the status quo. Her allies say she worked within the confines of the system and the politics of the time. As district attorney, she launched a reentry program that connected nonviolent offenders to jobs and education that became a national model.

“I remember the first time I visited the county jail. So many young men, and they were mostly Black or brown or poor,” she writes in her 2019 book, “The Truths We Hold,” recalling her time as a young prosecutor. “They represented a living monument to lost potential, and I wanted to tear it down.”

At the same time, she took on truancy and supported a statewide law modeled off her city initiative that threatened parents with jail time, fines and lost public benefits if their kids missed school.

Harris barely won her race for state attorney general in 2010. Soon the Black Lives Matter movement was taking hold, along with outrage over police brutality, particularly against Black youth.

Harris declined to support state legislation that would have required her office to investigation fatal police shootings. Now Harris backs such investigations.

As attorney general she met then-Vice President Joe Biden’s son, Beau, her counterpart in Delaware. The two worked together on a settlement with the nation’s five largest mortgage lenders following the foreclosure crisis. Joe Biden said this past week that relationship was key in his decision to tap Harris as his running mate. Beau Biden died of a brain tumor in 2015.

In 2016, Trump won the presidency and Harris her U.S. Senate seat. By the next year, Trump’s brief tenure had convinced Harris that her perspective, particularly as a Black woman, should be represented in the Democratic primary field, said Nathan Barankin, Harris’s former chief of staff.

That perspective was steeped in Harris’s upbringing by two immigrant parents who came to the U.S. to pursue education. Her father, Donald Harris, came from Jamaica and her mother, Shyamala Gopalan, from India.

The couple had two daughters, Kamala Devi and Maya Lakshmi. They told them stories of being met by police with fire hoses as they marched for civil rights and against the Vietnam War and of meeting Martin Luther King Jr., Harris wrote in her book. But they split soon after Harris started school. Gopalan became the main force in their lives.

She immersed them in the Black community she and her ex-husband had embraced, though they celebrated their South Asian heritage through their names and their close ties and occasional visits with their mother’s family in India.

NewsAP
Support the next 80...
DONATE NOW!
Welcome (Back) to Mannys
Tune in for a Three-Part Series about the Future of San Francisco. Thursdays in May at 6pm.
LISTEN
Introducing STATE OF THE BAY!
New name. Same local and live conversations.
Every Monday at 6pm.