Protests End In Arrests As Interfaith Leaders Push For Peaceful Demonstration
Tensions between Bay Area law enforcement and people protesting the death of George Floyd continued to escalate through last night and this morning.

In San Francisco, over 80 people were arrested yesterday for violating the city’s recently enacted curfew. And in Oakland, police arrested over 60 people on suspicions of looting and vandalism, as well as three who are suspected of shooting at the police department headquarters. In response to the chaos, the California Department of Human resources sent out a directive to close all state buildings with offices in downtown city areas.

Mayor London Breed also spoke at the event. She admonished those using the protests as a chance for opportunism, while making it clear how personal this issue is for her.

"For those of you who are using this movement to tear others down ... I am the mayor but I’m a black woman first. I am angry, I am hurt, I am frustrated, I don’t want to see one more black man die at the hands of law enforcement. Not one more!”

Other speakers called for action through political engagement, and to hold politicians accountable for the policies that perpetuate systemic racism.

California Governor Gavin Newsom held a press conference this afternoon at Sacramento's Genesis Church to address the ongoing protests in response to the death of George Floyd. He set a conciliatory tone and tried to defuse tensions, suggesting law enforcement is working with protesters. And at the same time, he called attention to the systemic injustices that have plagued the United States:

The Governor acknowledged that it’s going to take time but encouraged people to continue to speak up:

“I again, want to just encourage people to exercise their voice and recognize how resonant. Each and every one of you are in terms of your capacity to lead and lead us through this very difficult and challenging time and do so with the spirit of commonality.”

The equity gap in our schools has been Tony Thurmond’s priority since he took office. But the killing of George Floyd under the weight of a Minneapolis police officer’s knee, he said Monday, calls for harder conversations about race.

"It has been difficult for me as a parent raising African American children to know what to say when they ask me, dad, why did this happen?"

In an 11-minute Facebook address, Thurmond said the family members of Geroge Floyd deserve more than condolences and prayers.

Racism and implicit bias, he said, continue to directly impact black and brown students who, he said, are, "more likely to be suspended and pushed out of school and pushed into the criminal justice system, to be labeled, to be given an education that is not equal and is not appropriate and is not adequate."

Thurmond says he’ll convene educators, parents and students to talk about implicit bias in the classroom. But racism is learned from adults so he will also hold those conversations with elected officials and law enforcement.

His department will soon launch a website with resources. Members of the public can email ideas now to “create racial justice at gmail dot com.” More urgently, Thurmond said adults and youth need help processing the trauma around Floyd’s killing.

"I am haunted by the sounds of his voice begging to breathe, begging for life. And we must address that trauma head on. For far too long we’ve talked about race but not really talked about race. And now it’s time for us to do that." 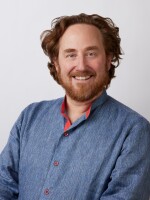