The Mission Local reports that in the eight months since the San Francisco Unified School District has updated its payroll system, problems remain. Hundreds of teachers and staff are dealing with the financial burdens of payroll errors, which include misclassifications of credentials, tax deductions, and health benefits.

According to the news website, the District hired Alvarez & Marsal, an international management consulting firm, on a nearly three-million dollar contract to address the payroll errors plaguing the EMPowerSF system.

In the meantime, for some of those affected, the consequences of these errors have been devastating. In a region where, according to a United Way study, one in four families  struggle to afford food, housing, and medical care, these errors compound the challenges for teachers and their families surviving in the Bay Area.

Reports of unpaid rent, bills, lowered credit scores, were among some of the many consequences of these payroll errors, according to the Mission Local. More than 70 grievances related to payroll were reported to Cassondra Curiel, president of the United Educators San Francisco, the teachers union. 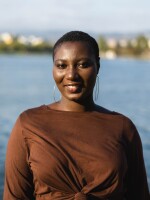 Priscilla Ankrah
I am an immigrant from Ghana, navigating race, place, and being in a time of great possibility and turmoil. I believe in the power of us, and of our collective imaginations, to bring forth a world that fulfills the entirety of our beings. I believe in the power of our dreams. I am a law school graduate and a budding optimist. Forward ever.
See stories by Priscilla Ankrah
Bay City News Service
See stories by Bay City News Service
Latest from NPR
Voices from behind prison walls.
A show made by people behind bars in California prisons.
Listen now
This Season on TSE: Becoming Muslim
Check out the latest season about Muslim converts and past seasons of stories of struggle and never giving up hope.
Listen Now