A new report released this week gives Bay Area residents something to feel proud of: we led water conservation efforts in the state in June.

California had the driest January through March on record. This contributed to higher water use in the early part of 2022 compared to this time two years ago. But California water users have done a good job correcting course, especially here in the Bay Area. We reduced our water consumption by more than 12 percent compared to June 2020.

This helps make up for the fact that California wasn’t so great at reducing our water earlier this year. In fact, Californians actually used more water in March and April of this year compared to the same months in 2020.

Outdoor irrigation accounts for up to 80% of urban water use and is higher in the summer. The state had already adopted water restrictions in January. Then, in early June, the State Water Board added additional emergency regulations requiring urban water suppliers to kick water saving into high gear using steps like fines and incentives to conserve water.

The state also banned watering decorative grass on commercial and institutional property. These measures are expected to save the equivalent of 780,000 households worth of water annually.

A state water agency statement says we still need to “make up for lost ground” from past months to meet our water reduction goal. That goal is reducing statewide water consumption by 15 percent. Statewide we are still far from that goal. 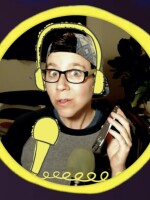