Bonta said in a statement Monday that, “When firearms that do not meet California safety standards are built at home by individuals, who have not passed a background check and have not had their guns properly serialized, it leaves law enforcement in the dark and hurts public safety."

Bonta joined attorney generals from 19 other states, as well as the District of Columbia, in a court filing supporting the new federal rule on ‘ghost guns.’

So far this year, there have been more than 300 mass shootings in the United States, according to the Gun Violence Archive. “Ghost guns” have been used in many of these shootings, including a March incident, when a man killed his three children, a chaperone, and himself at a church in Sacramento. The alleged shooter was banned from possessing guns.

Specifically, the Final Rule makes it clear that weapon parts kits and partially-complete frames or receivers — the key building blocks for ghost guns — are “firearms” under the Act, if they can be readily converted to function as such. 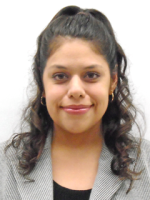 Monica Gomez
Monica Gomez is a News Producer for KALW's Summer Journalism Program 2022
See stories by Monica Gomez
Latest from NPR
Voices from behind prison walls.
A show made by people behind bars in California prisons.
Listen now
This Season on TSE: Becoming Muslim
Check out the latest season about Muslim converts and past seasons of stories of struggle and never giving up hope.
Listen Now