Celebrate the season with KALW! Our regularly scheduled programming resumes in the new year.

Winding Up For Chanukah: Tune in to the next "Sounds Jewish" for the Chanukah playlist you know you need

Hanukkah Lights 2018: Family, community, faith and strength. For 28 years, NPR's Hanukkah Lights has celebrated the Festival of Lights with seasonal stories of magic and meaning.

A Chanukah Celebration with Chicago a capella: Join Jonathan Miller, artistic director of Chicago a cappella and a longtime champion of Jewish choral music, for an inspiring and informative show featuring choral music set to Chanukah texts.

8 p.m. Shepherd's Story: A reading of the Frederick Forsyth classic. The year is 1957, an RAF pilot is heading home from Germany for Christmas, fog sets in, and all radio communication is lost.

9 p.m. A Festival of Nine Lessons and Carols: A program of word and music from the Chapel of King's College, Cambridge, England.

7-8 p.m. The Capitol Steps: Political comedy from the fertile fields of Washington, D.C. 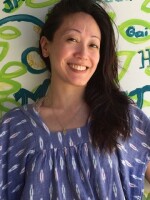