The union representing Kaiser mental healthcare employees says their attempts to reach an agreement have been unsuccessful.

Mental health workers accepted a wage increase from management, but according to a statement released by the National Union of Healthcare Workers, Kaiser rejected the union’s proposal to hire more staff.

Employees stood at the picket lines until 2:00 p.m. Monday and stated the strike is “open-ended.” It is unclear when Kaiser and its healthcare union will resume negotiations.

In a grievance filed last week, the union claims that Kaiser has been illegally canceling thousands of appointments leading up to the walkout. 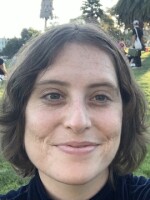 Sydney Fishman
Sydney Fishman is in the 2022 KALW News Summer Training Program. She is a producer for Crosscurrents.
See stories by Sydney Fishman
Latest from NPR
Voices from behind prison walls.
A show made by people behind bars in California prisons.
Listen now
This Season on TSE: Becoming Muslim
Check out the latest season about Muslim converts and past seasons of stories of struggle and never giving up hope.
Listen Now