When Lucas Etter's grandparents bought him a Rubik's Cube while he was visiting their retirement home, it was mainly to pass the time. Fast-forward two years, and that pastime is now an obsession.

Many are still playing with a toy that's been around for more than 30 years: the Rubik's Cube. The puzzle that challenges players to align a single color on each side first went on the market in 1980. Now a new generation of players is pushing the limits of the Rubik's Cube using modern technology.

Lucas, 10, is a "speedcuber." He uses memorized sequences or algorithms to solve the 3-D puzzle in a matter of seconds. Shortly after getting his first cube, Lucas turned to Internet videos to find the best method.

"YouTube has a lot of random stuff, but it does have good stuff too," he says.

Lucas is getting pretty fast. At a competition in November, he reached a new personal best for solving the cube: 12 seconds.

"I want to get the world record," he says.

The current record holder is teenage Australian Feliks Zemdegs. At last year's Melbourne Winter Open, Zemdegs solved the cube in just 5.66 seconds. Video of his triumph was posted to YouTube.

"I look at these kids and it's quite incredible what they do," says Tyson Mao, co-founder of the World Cube Association.

The group organizes speedcubing competitions. Mao believes anyone, regardless of age or intelligence, can learn how to solve the cube. Plus, with the growth of competitions and Web videos, the Rubik's Cube is still a cool, inexpensive toy to play with.

The resurgence of cubing has led to the development of an educational program for teachers and even knock-off cubes from China that can be manipulated faster in competition than the original Rubik's Cube.

Lucas is pushing himself to get as fast as he can, practicing two hours a day. He's also using another piece of technology to shave seconds off his time: an app on his iPod that generates scrambles for his Cube. 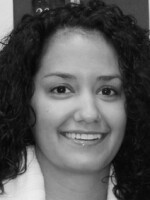 Brenna Angel
Lexington native Brenna Angel anchored local morning newscasts for WUKY through May 13. She joined the station in March 2010 after previously working for WHAS-AM in Louisville.
Community Resources
Updated Daily
Connect
Sponsorship for Local Businesses
Special rates and packages
Learn More
Submit Your PSA
Please review KALW's PSA Guidelines, then use the form below to submit your request. KALW holds final editorial approval for all PSAs. If your…
View Form
Latest from NPR
Topics